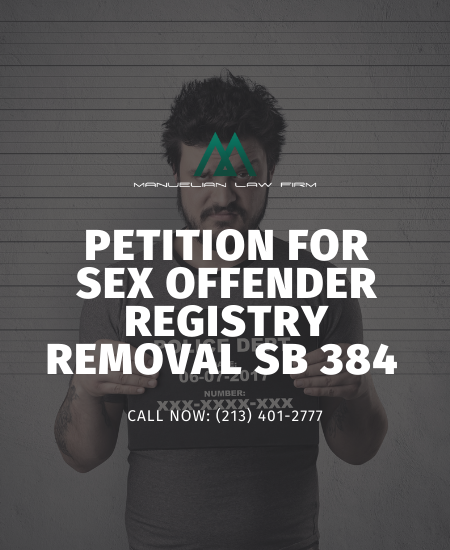 Senate Bill 384 will allow some sex offenders to petition the court requesting that they no longer have to report to the California Sex Offender Registry.

California SB 384 would allow the Department of Justice (DOJ) to place a person in a tier-to-be-determined category for a maximum period of 24 months if his or her appropriate tier designation cannot be immediately ascertained.

SB 384 commenced July 1, 2021, which establishes procedures for termination from the sex offender registry for a registered sex offender who is a tier-one or tier two offender and who completes the mandated minimum registration period under specified conditions.

SB 384 further provides that “the bill would require the offender to file a petition at the expiration of his or her minimum registration period and would authorize the district attorney to request a hearing on the petition if the petitioner has not fulfilled the requirement of successful tier completion, as specified. The bill would establish procedures for a person required to register as a tier three offender based solely on his or her risk level to petition the court for termination from the registry after 20 years from release of custody if certain criteria are met. The bill would also, commencing January 1, 2022, revise the criteria for exclusion from the Internet Web site.”

Tier 1 sex offenders are the lowest tier which requires registration for at least 10 years. Examples of tier 1 offenses include:

Tier 3 requires lifetime registration for convicted sex offenders. This is for people convicted of the most serious sexual offenses in California. Examples of tier 3 offenses include:

For more information or to scheudle a free consutlation with a Los Angeles criminal defense attorney contact our office at (213) 401- 2777.