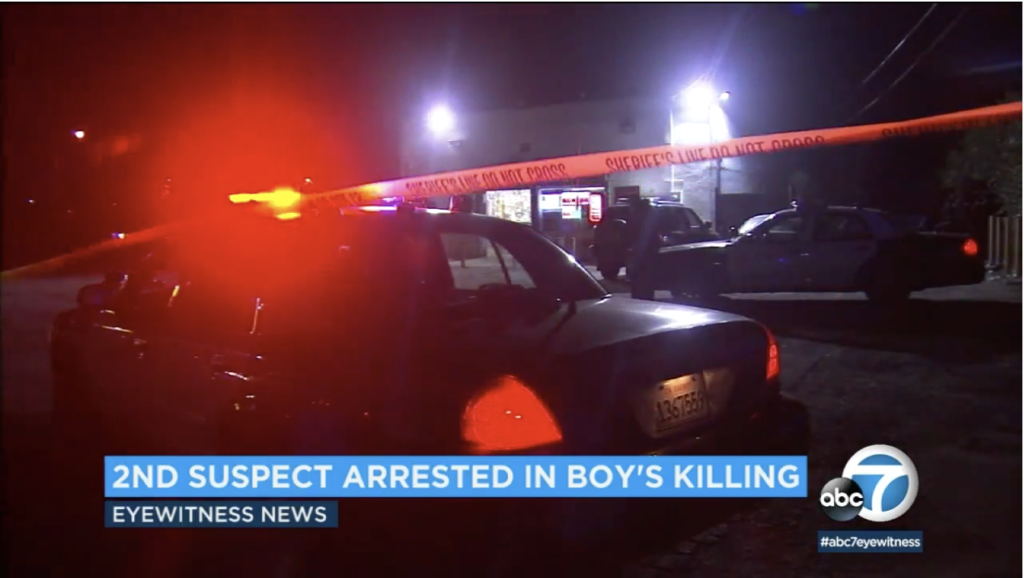 The Compton murder of a 3-year-old boy who was killed in a shootout that took place in a Compton liquor store parking lot between to rival gang members. Allegedly, Harris’ girlfriend and her 3-year-old son Franklin were inside that car were the shooting took place. According to ABC 7 news, the Los Angeles County District Attorney’s Office announced charges against Dwayne Ward, 30, and Kevaughn Harris, 27 , two rival gang members on Friday.

Both Ward and Harris were each charged with one count of murder, shooting at an occupied motor vehicle and possession of a firearm by a felony. If convicted as charged, Ward and Harris face a possible maximum sentence of life in prison.

According to PC 187, the California law governing the crime of murder, murder is defined as “the unlawful killing of a human being, or a fetus, with malice aforethought.” This means that any killing of another, whether deliberate or not, that occurred intentionally or that occurred while you were engaged in an action that you knew could result in a death can be legally classified as murder. In contrast to an accident or unfortunate circumstance that results in death, murder is a crime that has severe penalties attached to it.

If you have been arrested or charged with murder, it is imperative that you seek experienced legal representation before speaking to anyone about the incident or event that triggered your arrest. You have the right to an attorney’s presence during all aspects of your arrest process. R.J. Manuelian is an experienced California murder criminal defense attorney you can trust to stand up for your rights should you be arrested or charged with murder. Contact him for assistance if you have been accused or arrested for murder.