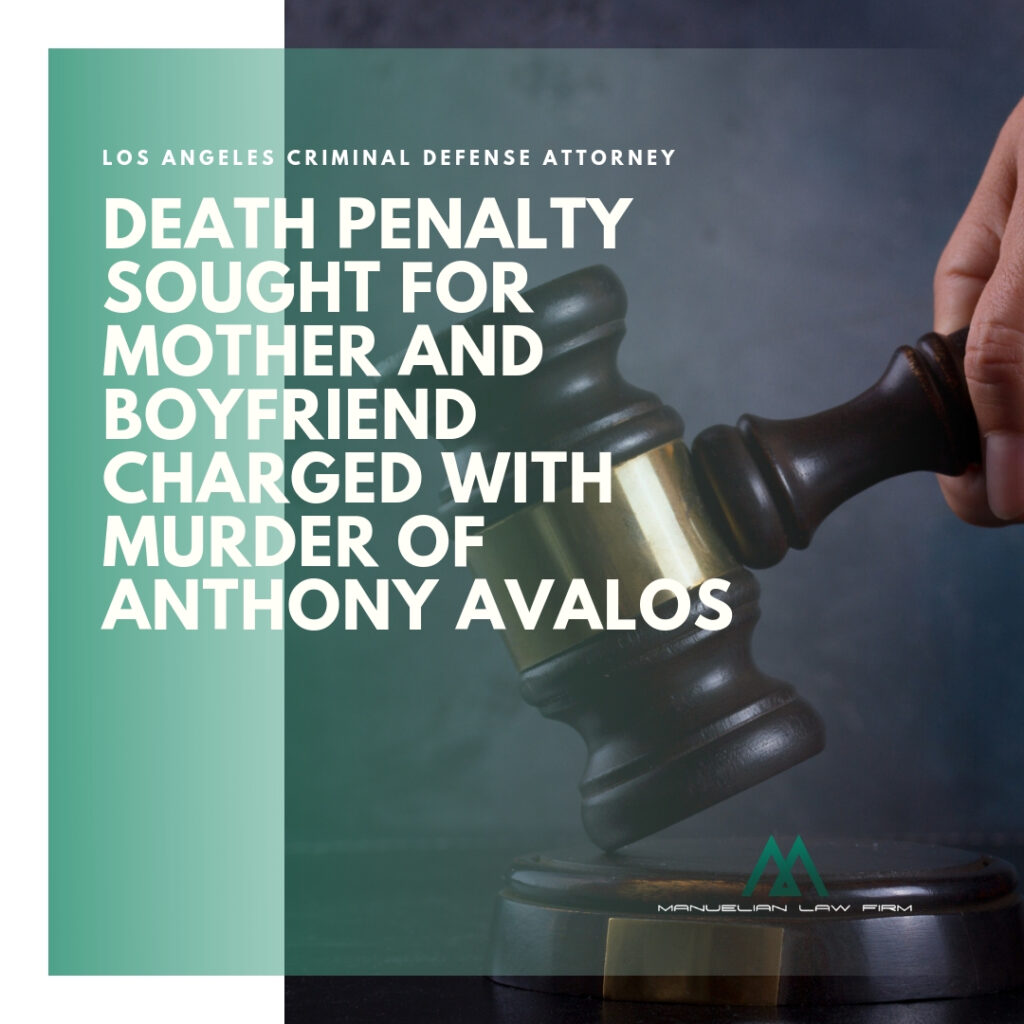 Prosecutors will seek the death penalty for a mother and her boyfriend charged with torturing and killing the mother’s 10-year-old son, Anthony Avalos. On Wednesday, August 28, 2019, the Los Angeles County District Attorney’s Office announced that they will seek the death penalty for Heather Barron and her boyfriend, Kareem Leiva. The couple was charged with the torture and murder of Heather Barron’s 10-year-old son, Anthony Avalos.

Relatives of Anthony Avalos, including Anthony’s father, have filed suit against the Department of Children and Family Services (“DCSF”) seeking damages in excess of $50 million. The suit alleges that DCFS was neglectful and failed to protect Anthony Avalos.