Is it a Crime to Present a Fake Covid-19 Vaccine Card? 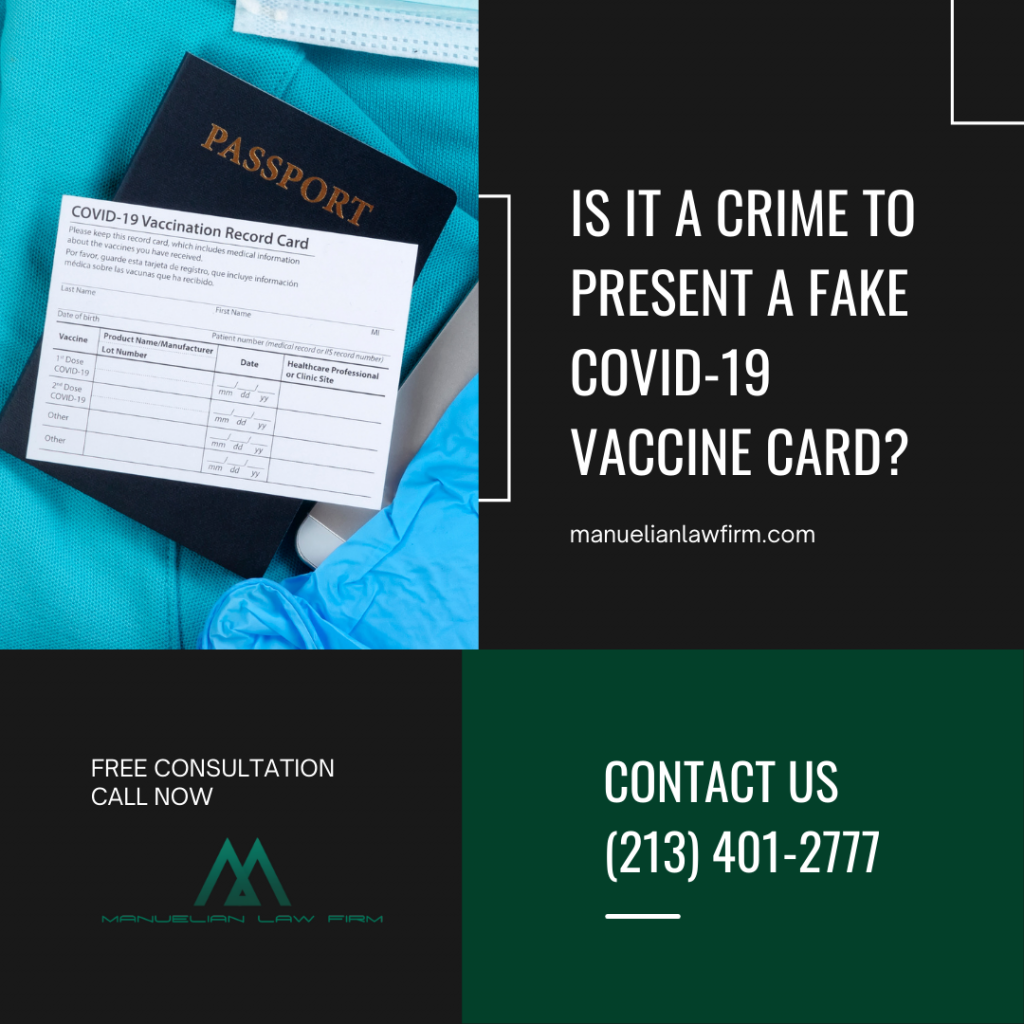 The unauthorized use of an official government agency’s seal such as the U.S. Department of Health and Human Services or the Centers for Disease Control and Prevention is a federal crime. Such unauthorized use may be punishable under U.S.C 1017 of Title 18 as well as other laws.

Under U.S.C Section 1017 of Title 18, “Whoever fraudulently or wrongfully affixes or impresses the seal of any department or agency of the United States, to or upon any certificate, instrument, commission, document, or paper or with knowledge of its fraudulent character, with wrongful or fraudulent intent, uses, buys, procures, sells, or transfers to another any such certificate, instrument, commission, document, or paper, to which or upon which said seal has been so fraudulently affixed or impressed, shall be fined under this title or imprisoned not more than five years, or both.”

Accordingly, anyone who uses buys, or sells a fake COVID-19 vaccination card may face federal criminal charges under U.S.C Section 1017 of Title 18.

Accordingly, California residents who or in possession of counterfeit vaccination cards may potentially be charged with Penal Code 475.

What are the Penalties for Penal Code 475 PC Conviction

Penal Code 470 forgery is treated as a wobbler offense, meaning that it can be charged as either a misdemeanor or a felony.

There are three laws related to the possession of counterfeit items PC 475, which include:

If you or someone you know has been charged with either Federal or State charges related to fake Covid-19 Vaccine cards, we invite you to contact the Manuelian Law Firm today for a free consultation.