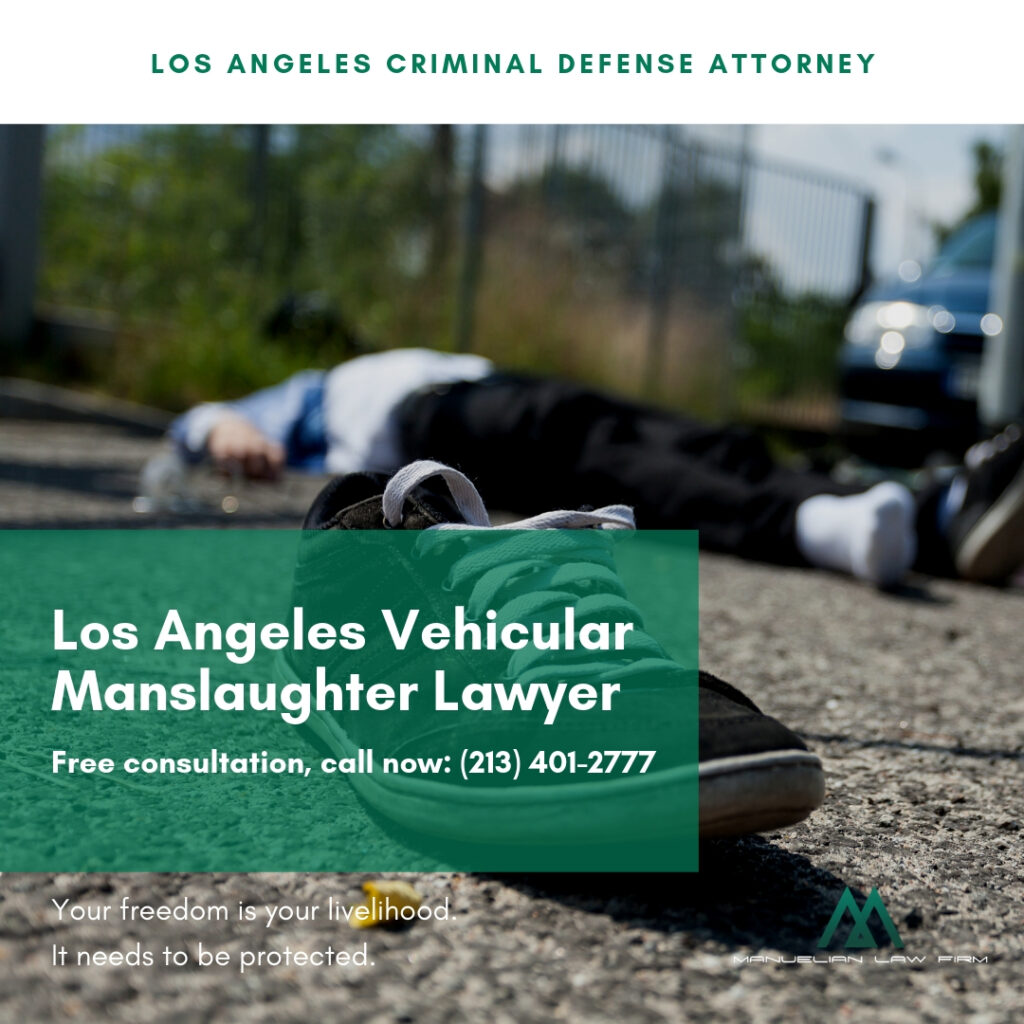 According to PC 192 (c), you can only be guilty of vehicular manslaughter if death was the result of an unlawful act or a lawful act which might result in death when committed in an unlawful manner. Consequently, one of the tasks of a judge and/or jury is to determine if the cause of vehicular manslaughter was done with or without gross negligence, a distinction of the crime being tried as a misdemeanor or a felony – as an act of gross negligence or simple negligence.

Vehicular defense lawyers have many resources for disproving or putting doubt into the minds of a jury or judge. Using accident reconstruction experts, independent forensic toxicology analysts, and engineers, a clever defense attorney has the resources to try to mitigate the chances of a conviction or have a vehicular manslaughter charge dismissed.

If you or a loved one has been charged with vehicular manslaughter, R.J. Manuelian invites you to contact him for a consultation. He will use all the resources at his disposal to craft an appropriate defense strategy for your case, stand up for your rights, and aggressively challenge the prosecutor’s case. Contact R.J. for a free evaluation of your vehicular manslaughter case.